Black Friday Sale is On Right Now for Online Courses! 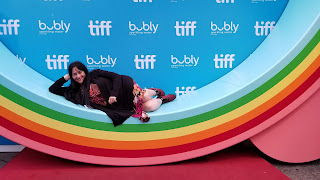 This is the perfect time to snatch up courses for yourself and to give as gifts!

I add new information to my courses now and again so you'll get the updates!

Here are my offerings:

So You Want to Be a Horror Writer?

Learn to Write and Sell Erotica!

Learn to Be a Psychic/Fortune-Teller in ONE DAY Crash Course!

Life Magic: Learn How to Have a Powerful and Magnificent Life!

There's No Business Like Show Business: Learn How to Work as a Successful Background Performer!
Posted by sephera at 10:16 No comments:

A Few Lessons I've Learned Along the Way 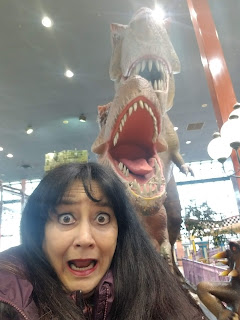 It’s been a while since I’ve sat and written a normal blog post. I’ve been distracted making YouTube videos and for a while, was pretty consistent with my TwitchTV channel. I blog nearly daily on Patreon so you’re always welcome to go over there.

And so, this blog has been neglected, especially with regard to my TV and movie observations!
As I’ve been getting used to my new digs, I’ve been doing a lot of self-exploration. I’m really forced to look at myself and my actions these days as I live in an open concept apartment. This means that there are no walls, no place to “hide my crap.”

I’ve been really proud of how much I’ve let go these past ten years. Material and emotional. I’ve thrown out a house full of stuff. I continue to throw out stuff I never thought I’d part with in a million years but now I know, none of it means anything. By “throw out” I mean donate, unless it’s broken and unusable. I refuse to rent a storage unit anymore. I want to only have the stuff I need and of course, my toys and photos and manuscripts.

I’ve come to terms with letting go of my beloved books.

I visualize my book collections out in the world, being read by people who are excited to read them instead of me hoarding them in my dragon’s lair. I continue to let go of more books all the time. I never throw them in the garbage. I take them to charity places and now I have people who are taking them, and the ones they don’t want, they will take to charity. Why do I need thousands of books to stare at every day? I don’t.

Don’t get me wrong, I will still likely have over 1000 books by the time I’m finished. Those can’t be helped. Books written and signed to me by friends and celebrities. They add up over thirty years!

My world continues to be rocked as I return to the spiritual roots I was exploring in the early 2000s before I took the wrong turn at Albuquerque and got derailed for nearly twenty years! But every day is a lesson and a blessing. We need to learn from our actions and face ourselves in the mirror eventually. I’m learning. And now, so many great things have been happening this past year, I really am excited for 2020.

My judgment day came about ten years ago, and I wasn’t too pleased with who I saw in the mirror.
So I’ve spent a few years doing a deep and not so pleasant dive into who I’ve been turning into and who are really friends and my lifestyle habits. Some stuff was fine, other stuff, not so much. As the kids were adults, I finally had time to breathe, to just think about me, which is still hard, admittedly, but instead of being a mombot, I had to mutate to the next level.

But these days, the past year or so, I really like who I see. Maybe it’s age…that wisdom that makes us crones, maybe it was the very hard life lessons I learned along the way, maybe it’s my quest for meaning and curiosity about life not just here in Toronto but everywhere, from middle earth to the deepest trenches in the sea, to beyond the second star to the right, beyond the limits of any galaxies. My mind is caught up in the Big Picture and beyond instead of worrying about trivialities and pettiness and material possessions. I have a place to live in one of my favourite cities in a first world country.

What’s to complain about? 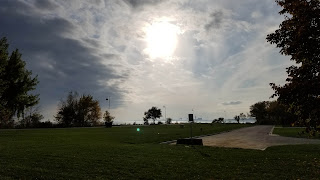 But whatever is going on in my head, I think I’m finally “getting it.”

My gratitude for my life thus far has no bounds.

A lot of those revelations are freeing and it’s one thing to kind of know them but it’s another to know them at a cellular level. Freeing and in my former life, I would have seen some ideas as depressing. Now I just say, “knowledge is power.” My favourite saying lately is something like, “We don’t know what we don’t know until we know that we don’t know it.”

We all live, and we die.

We all make mistakes.

We all want what we want.

Not everyone is your friend.

Maybe no one is your friend.

Maybe no one is meant to have friends.

Toxic people do, in fact, show themselves from the start.

Some people are born toxic.

Some go through phases of toxic.

Some grow toxic through unexpected life changes and transference of power.

Some can learn how to shed their toxic skins.

Some will never admit that they are the toxic ones.

Toxic people will always blame others.

Transformation is possible with a lot of will and work.

Some toxic people can never change.

Time is a construct.

Don't be afraid to say no.

I am the Star of my own Life!

You are Star of your own Life!

We can all shine together. 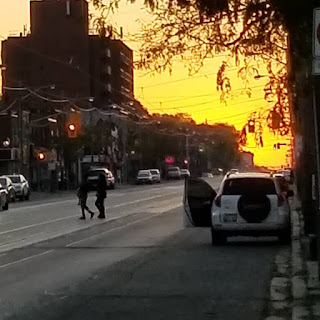 Come Check Out Your November 2019 Horoscopes!