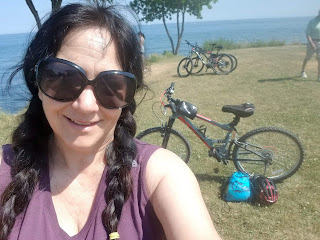 Well, back on March 15, 2020, I retreated to Isolation Station, which is, of course, my little studio apartment in Toronto.

I’ve been doing quite well in these pandemic times. 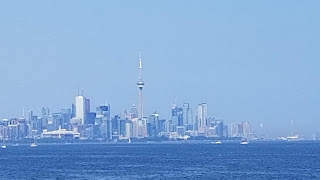 The first few weeks, I was panicked, and glued to the TV watching live updates from Trudeau, Ford, Tory, health officials, and sometimes even Trump.

As time has moved along, I have a better understanding of how the virus works, or perhaps how I’ve decided it works, and therefore, am not afraid anymore.

Once you have facts, you don’t have to fear.

I’ve adjusted my lifestyle, admittedly not by much.

I’m home way more than I used to be.

The first few weeks I didn't even leave my apartment. Nope, not at all and I live in a small one-room studio.

I bought a bike so that I can get out and about not worry about walking into people who don't care. 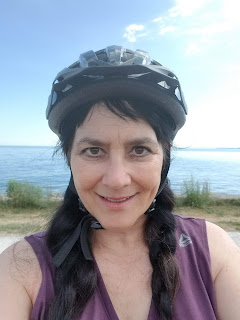 Friends
I’m alone about as much as I’ve been normally over the past three years. I live alone, my kids are gone, I’m single, no admirers or potential lovers, and so, things haven’t really changed in Isolation Station.

I got used to loneliness after my second marriage blew up. People don’t really come around when you get a divorce and when you’re home licking your wounds, it’s hard to get out there.

Certainly over the past few years, I’ve really come to see who my friends REALLY are. I’ve learned who has kept me in the dark and who brought me into the light. I’ve learned that I am my own friend. I’ve learned that some people who I thought were friends, actually weren’t, and other people are more friends than I ever dreamed. Some people have remained constant, good loyal friends to me, and me to them.

I’ve come to learn that I have a bad habit of dealing with people who are not good for me, who think I’m stupid, who think I’m disposable, who only talk to me if I can do something for them and believe me, if I ever get power back, I’m remembering all of you.

I have not been as outreaching to others as I should have been over the years. I know that but …and I hate buts…but, I have been mentally fucked up and trying to sort shit out.

And I have a lot of family stuff on my plate that I don’t speak about publicly that can get me sad and not in the space to rally around others who might need cheering up.

Over the past few years, a lot of my friends have died. And that’s sad and sobering.
And makes me want to be a better person during the time I have left. 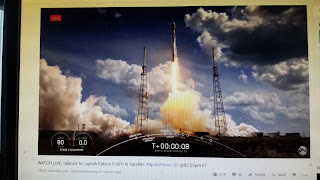 I wear a mask when I go out, even to throw out the garbage two doors down. I wear it to protect you. Maybe it protects me. Maybe it’s a placebo. I just know that it’s no big deal to slap a mask on to go shopping. I wear/wore an N95 at one of my jobs for the past seven years and have worn an N95 to do housework, stage managing and walking around in allergy season, so I truly don’t give a fuck about all the crybabies who don’t want to wear a mask. If you want to walk around showing you’re a heartless bastard who doesn’t give a shit about others, you do you.

I wear nitrile gloves to the grocery store.

I don’t wear a mask on my bike or walking around alone with no stores to go to.

I agree that things should open slowly so we can keep track of outbreaks and such.

I have no idea what to think about letting the kids go back to school. They need socializing, they need teachers in-person, they need to play and have fun. I don’t know what’s best. Let’s keep on social distancing and hopefully starve the virus away so that the kids can go to school.

I’ve not seen my parents since February and really want to see them, but I don’t want to kill them dragging Toronto germs to London. I will try to see them soon, as the numbers keep going down.

I have driven in the car with one of my sons three times now.

That same son bought groceries for me for the first couple of months of lockdown to protect me. Now we’ve been going together. He doesn’t live with me.

I don’t go out shopping much but the past three or four weeks, I’ve gone shopping about twice a week.

I’m still staying in my apartment as much as possible.

I have no real jobs anymore and not sure if they will come back.

No background acting for film and television.

No dogwalking/catsitting.  (I did two shifts of catsitting on the holiday weekend but that’s not going to pay the rent! Lol)

No patient acting or other work at Humber College.

No tarot readings or parties.

I have my new online teaching at George Brown gig. One class ran so far and it’s over this week.

Two courses will be available in the fall and hopefully, people will take them. (Self-Publishing and How to Write a Novel)

I have my online Udemy courses that run all the time but I only make a buck or two per course and my artsy courses aren’t very popular as most courses on there are about technical stuff and how to make webpages.

I have been able to take CERB but not much longer. I don’t know what I’ll do if the other jobs don’t come back.

I’m still freelance editing so that’s always ongoing although these days, everyone is an editor, so I get much less work than the glory days. I refuse to lower my rates as I’ve been doing this for over fifteen years professionally. The rate I charge is still very low, pretty much the same rate for the past ten years, and for some books, not even minimum wage.

I’m still doing tarot readings online if anyone wants any. I’ve not been advertising as it feels ghoulish in a pandemic.

And of course, I’m a writer. 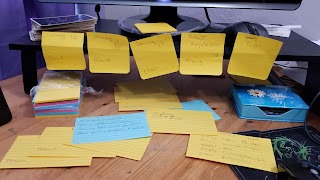 Over the past couple of weeks, as I’ve finished up freelance projects and now that I have clarity about the virus, I’ve been working on my books, stories, and have even gone back to screenwriting.

CERB has allowed me not to panic but to focus on my art and get work done that might make me money in the future.

It’s only been a couple of weeks that my head is clear enough to write fiction and I am!

But CERB will be done for me, sooner than later. It’s a tricky system. CERB is to help those who lost their jobs but if you make more than $1000 a month, you can’t get it. However, CERB is $2000 a month. So, if I take a book editing job, I will lose CERB but I won’t be making any two grand. It’s a stupid system and why so many turn down work. You should be able to earn up to two grand not one grand. That's a whole grand difference and why so many game the system. I have not turned down ANY work, just for the record.

I still have my Patreon. I make posts like this one several times a week. Patrons get first look at some stories. They get pictures. They get thanked in published books. On the tarot reading levels, you get tarot readings. You can even ask me to dress up like one of my characters from my books for your tarot reading. I’ve been doing that for months for a couple of patrons. You can join for as little as $1. 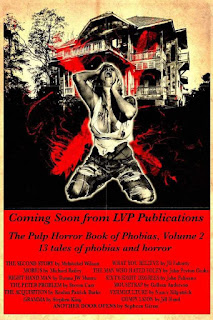 You can pre-order Phobias 2 where I have a story in the same anthology as Stephen King, my idol! I’m so happy! So pre-order that book and be the first to read it.

When this virus started, I had hope for humanity pulling together, helping each other, that THIS would be the thing that people would put their differences aside to beat. After all, we aren't going to war with guns in fields and ill-fitting shoes. We don't have to shoot anyone or be shot at. No, we are paid to stay home and watch Netflix and when we go out, it's simply requested to mask up your moistly speaking hole so that you're not a spreader.

So easy and yet, instead of society pulling together, it's never been so pulled apart. It's bad in Canada but a million times worse in the States where they think the virus has political leanings.

I am super hopeful about the future and am even thinking about going to Stokercon in Denver.

Over the past couple of months, because I didn't have to worry about paying the rent in my freelance world, I've been able to use the time to think positive thoughts, retrain my brain, learn new skills, reading books I've been meaning to read and binge-watching shows I've been meaning to binge-watch. I've written a book and a screenplay, working on more stories that are due next week, more screenplays, more books...I'm one of the few who is actually thriving and NOT depressed in this pandemic. I'm quite happy and content, to be honest.

Maybe I don't feel like I'm missing out on stuff as I was feeling for a few years there, as there's nothing to miss right now!

I also know this pandemic is not forever and will be over sooner than later if people keep being vigilant about social distancing and wearing masks.

I've only seen one of my sons a few brief times for shopping/errands. I want to visit my parents and my friend whose husband recently died and other friends who are good, loyal friends. But baby steps. The numbers are low and super encouraging. If everyone can just stay on target for another few weeks, we can beat the virus and get a new reality going, earn an income, see our friends, ride roller coasters without screaming in our hearts, and dance!