Sèphera Girón reads the beginning of her story "The Next Big Thing" which is in the Ouija board anthology, Intersections. 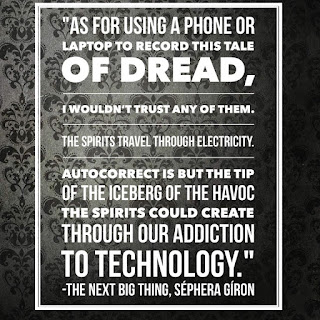 "The Next Big Thing" is told through a series of diary entries scrawled by a young street kid turned magician. No matter what her schtick, she's always looking for the next big thing. She also wonders about magic; how much is an illusion, and how much is real? 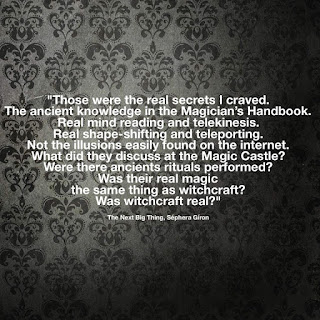 Intersections is the brainchild of Megan Hart and Rob E. Boley who founded Howling Unicorn Press and wanted to do an anthology about Ouija boards. They asked the rest of us to participate in their madness and we agreed. Together there are six authors in the anthology. Our only guideline was that the story had to have an ouija board in it somewhere. What has resulted is a book containing six very different creepy, disturbing novellas. 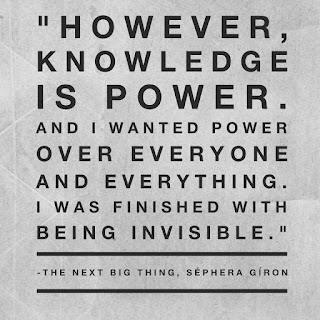 The subject matter was a challenge for me as I'm afraid of ouija boards. Yes, I've used them now and again at haunted houses but not for anything personal. Not in years and years. I didn't want to write a story about an ouija board that was about actually using the board. I was afraid I'd channel something. I also didn't want to write about something that had already come through and was hanging out here. So I veered way away from the ideas of evil boards and thought about my Witch Upon a Star series.

Our main character Annie/Felicity/Fleeceya is not from the Witch Upon a Star series. She's her own character and looking for magic, real magic. She learns about the little town of Hermana which is like a cross between Salem and Cassadaga. She visits a couple of characters from the series. I thought it would be fun to combine the worlds, briefly. and see what happens. "The Next Big Thing" was born. 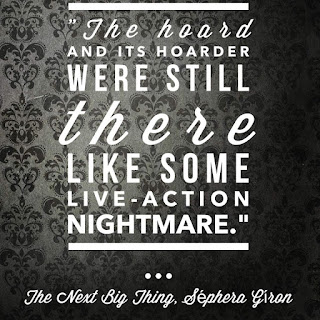 You can now order both print and ebook versions of Intersections on Amazon, Kobo, iBooks, and Barnes and Noble. 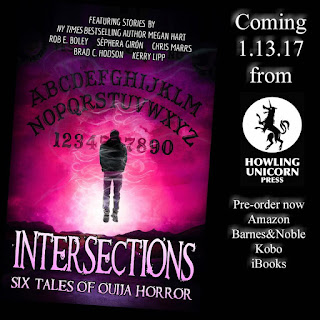 Intersections: Six Tales of Ouija Horror was released on Friday, January 13, 2017, during a Full Moon!


If you happen to read any of it, please leave a review, good or bad, on Amazon and/or Goodreads as it helps to push the book placement higher! Thank you! 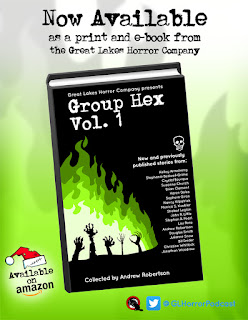 This week also saw the release of  Group Hex Vol. 1 which was edited by Andrew Robertson. This anthology is a collection from members of the Horror Writers Association Ontario Chapter! Our launch party was amazing!