Am I a Beggar? 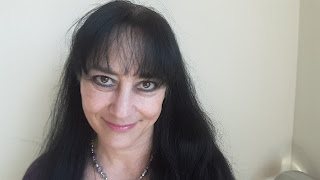 
I ask myself this a lot. Especially in recent years when the struggle is real on every single level.

Yes, I suppose I am.

A loser. A panhandler.

I made bad choices with my heart instead of a self-preservation mind. I own my choices. But it doesn't change the fact that times are a bit rough right now, for everyone, not just me.

If you think I'm begging, than please move along. You don't need to waste your time reading my entry today.

I had taken myself off when my campaign to write and publish a ghost hunting book a couple of years ago didn't garner one single sponsor. And that's totally fine.

I was thrilled with the response to my Go-Fund-Me for the Stanley Hotel. I was able to make the trip, write the story, and I got into the Frankenstein Project anthology from RothCo Press that I wanted to get into that was only open to people who attended the retreat. I set my writing goal and made it. And I'm grateful to all who helped me!

Writers on Patreon
More writers are going to Patreon to work on their books.

Why not go right to the source, the actual creators? The writers.

Brian Keene is giving away a chapter a month (minimum) from his new novel for pay-as-you-go pledges, which is the model I'm using as well. This model seems sane to me for a writer.

Caitlin R. Kiernan is on Patreon to write her new book.

Of course, Amanda Palmer is on there as well, and since she's married to Neil Gainman, by default, he's on there.

Monica S. Kuebler, managing editor for Rue Morgue Magazine, is now on Patreon for financial help with her novel.

I've been seeing "screaming" for two days about the fact that Caitlin is on Patreon "begging" for money. Seriously? Some of these are people who should know better. Way better.

I have no idea what Caitlin's life or financial situation is like but just because she's had some best-seller success, that doesn't carry her forever. I'm also sure that someone like Caitlin thought very long and hard before coming to Patreon to ask for sponsorship as she works on a new book. Does she "need" money? Who knows? Who cares? You either want to help her write her new book or you don't.

There are tons of writers on Patreon representing all levels.

The artists of yore often had patrons. Some people think it's cool to watch art being made, books being written, music being recorded, dance companies mounting shows, and so on. They are intrigued by how the process works. And Patreon allows that to happen. A patron feels more connected to the work of an artist they respect or are curious about when they see the product being created and then launched into the world for others to enjoy. They can be proud they contributed to the art being made by giving the artist a bit of financial assistance. And it doesn't cost much at all. Most artists are happy for one dollar a month from a patron. I know I would be!

Patreon Artists
Filmmakers have been doing it for years; what are "producers" and "investors?" What's the difference if my readers want to buy one chapter at a time as I write it or wait for the final book to come out, or do both?

As I poked around Patreon, I saw that people who do a lot of the Youtubes, fan art, and Tumblrs of Star Wars, AHS, and other shows have Patreons. Some get big big big bucks! And that's for doing art in other people's universes most of the time.

At least with me, Brian, Caitlin, and Amanda, you are getting brand new, fresh, original, unique product right from our veins and into your mouth.

Sponsor an Artist
So, this time around, I don't think Patreon has as much of a stigma as it used to. People want to support their favourite artists and help them create. Whether an artist is "perceived" as rich or poor is irrelevant. All art costs money to create.

I'm at my desk every day at 9 am seven days a week. I sleep about five hours a night. I have no interns, no secretary. I do all my own social media, Youtubes, blogs, and so on. I love what I do and want to do more and do it better.

I've run the HWA Ontario Chapter for over twenty years which is my way of helping writers of all levels network and create viable career paths, and now I am now part of a new podcast,The Great Lakes Horror Podcast, that was created through our chapter.

But in the meantime, I want to entertain you. I want to write. I want to do what I'm here to do.

Let Me Entertain You!
Instead of crying into my pillow that I can't get ahead (it's been two steps forward, one step back like a painfully slow inchworm for about five years now) no matter how exhausted and lonely I am from trying, DOING,  I'm fuelling my energy into writing a Space Opera Romance.

Yes, something fresh and shiny and new.

A genre I played with a bit as a teen.

Something fun and funny, with some romance and some danger.

No more darkness. No more horror. Well...maybe just a touch.

As I said, I will be giving one chapter a month to my patrons. I doubt I can do much more because I'm also writing Witch Upon a Star (which I receive quarterly royalties after the fact way down the road).  That, too, is great fun to write.

I figure a buck a month for eight to twelve months isn't much for the first look of a book being written as it happens. The final book cost could be as low as $12! It's pay what you want beginning at $1 a month. And you can quit at any time.

So, is that begging? Sounds like work to me.

You get a book, a lot of notes, and a glimpse into my writing process.

You can do it or not. But try to have an open mind about the concept for the sake of your peers. You'd be surprised who is on there!

Didn't Many of Our Heroes Write Serial Chapter Books?
Is this any different than serial chapters or comics back in the day?

Remember when everyone lost their minds thinking Stephen King had lost his when he did that thar ebook thing and charged per chapter. Ayup.

And now EVERYONE is doing that thar ebook thing and writing and publishing endless series and some people are making a shitload of money in the ebook game!

Now here we are looking at a Patreon model.

My Patreon Model
I offer you one chapter a month plus notes and musings.

You know you will get a pretty professional story from me even in the first draft.

You know the book will have a beginning, middle, and end.

You know I will love my characters because I always do.

You know I will finish this book because you can see on my Amazon page that I've been published a lot by a lot of real publishers because I can finish a book. That doesn't even include my pen names.

So, come along for a space ride, hurtle through the galaxies with me on a cosmic adventure, battling forces of good and evil, confront danger and fall in love!

I'll have fun either way! To those of you who choose to participate, thank you!