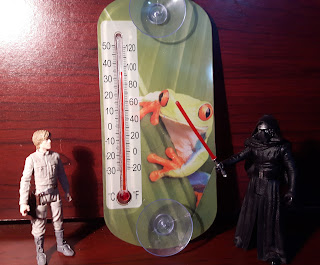 I'm still smiling from seeing Mark Hamill. Yes, you are all sick of  hearing about it all by now!

One more round of thanks to Lance and the gang at Fan Expo for inviting me to be a Horror guest!

Although it's September, my apartment is 91 degrees F this morning although it's much cooler outside.

S.O.R.A.N.
I've been working on Chapter Seven of my space opera romance adventure novel. You can read it as I write it. I also show my notes and have a couple of give-aways. When you join, you can go back and see all that you missed. You can also leave comments and tell me how you like or hate what I'm doing as I show you my drafts.

Kelly is a worker at an Edustation on a distant planet. He has a crush on his co-worker, Anita, who has been researching a secret project. When Anita is captured by a Dark Lord from another galaxy, Kelly is devastated. He also knows that it's up to him to find Anita before something bad happens.