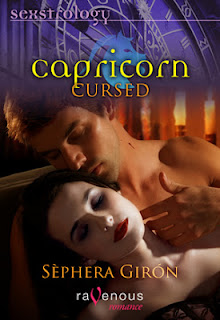 Call it what you will but creatures of the night have been seducing fair maidens and strong lads for thousands of years.

From the early songs of the sirens, the snake tempting Eve with the apple, vampires and succubus have lured lusty men and women to their fates throughout histiory and fiction and lore.

What is it about monsters that allow us to look past their horrors to find the good hidden inside?

In romance, there is usually an inkling of good that the caputred soul can see even if no one else can.

What about the tortured soul of the Phantom of the Opera? Didn't he deserve special treatment as a reward for all the wrongs he suffered through...ignoring the wrongs he himself did to others.

He just needs special understanding so that he doesn't murder again. Or does he. Does he just need special guidance and a loving touch?

In her or his heart of hearts, the seduced one believes that he or she is the special one who can transform the beast into something human.

Or perhaps that person yearns to be a beast as well.

Paranormal romance comes in varying degrees of magic and evil. There can be fantasy and horror. There is the battle of good and evil. There's pining and longing and in erotica, lots of fantastical fantasy humping and loving. 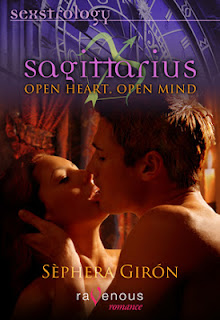 I, too, have dabbled in paranormal romance.

There are several books set in the fictional town of Hermana which is loosely modeled on Salem, Massasschusetts.

Twelve witches meet with their coven leader each month for one year to cast a love spell.

Each young lady is a different sign of the zodiac.

There is a book for each witch who also possesses a tool that allows her to earn a living in the tourist town.

Sagittarius is about a tarot reader.

Capricorn is about a vampire medium.

Aquarius is about a paranormal investigator.

Pisces is about an aura reader who is also an artist.

I also edited two anthologies which are lusty tales with a metaphysical slant.

Sexstrology has a sexy story about each sign of the zodiac.

Beach Boys is about the gay boys of summer with some occult weirdness.

You can find these books at Ravenous Romance, Amazon, Smashwords and nearly anywhere else.

I'd love to hear from you what you think about my own dabblings in paranormal romance. Or rather, paranormal erotica. 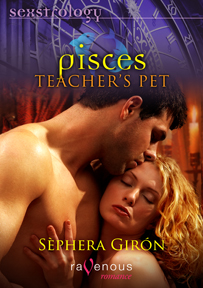