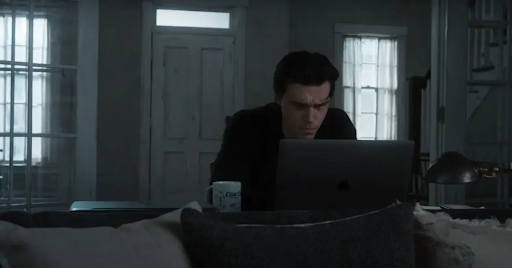 Last night, the story of Red Tide was pretty much summed up. This story is the tightest, most coherent entry into the American Horror Story franchise. I really loved it, especially as it combined two of my favourite movies: The Shining and Rosemary's Baby!

I’ve been saying either in blogs or videos that over the past few years, Murphy has been making his AHS less convoluted and more focused. I actually feel like he tied up all the loose threads with this one, and, of course, we don't know if the second story hooks into the first or not, so we'll see next week! 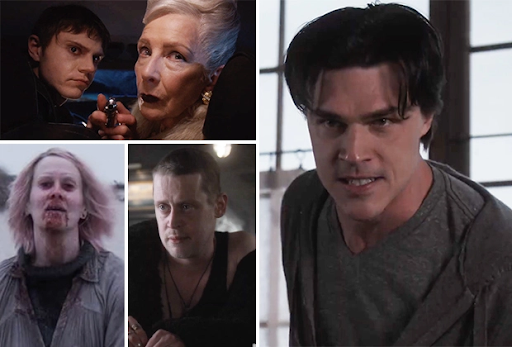 Red Tide was one story with several characters, and we followed Harry (Finn Wittrock) through the main plot and linked to the subplots involving the locals, the most compelling storyline being Mickey (Macaulay Culkin) and Karen (Sarah Paulson) but the most fun storyline belongs to Evan Peters and Francis Conroy as the egotistical writers controlling the town, somewhat...

The opening to this week’s episode was fun as it took place at the birth of the baby boy with Harry (Finn Wittrock) eyeing all the bloody rags and towels during the delivery. He manages to steal the garbage can and squeezes out his wife's delicious birthing blood into tiny cups so he can feast. It was pretty hilarious. Finn often gets these demented roles with truly comedic moments. One of my all-time fave moments in any horror franchise is when he’s sawing off Matt Bomer’s arm in Freakshow and saying, “How can you still be alive? You’re making me feel bad!” It’s horrific and hilarious at the same time. You don’t know whether to throw up or chuckle.

The Harry storyline goes full Rosemary’s Baby in this final installment with several moments paying homage to the iconic film and famous scenes. Doris (Lily Rabe) hearing voices and walking into a room of conspirators. The blue nightgown butcher knife homage right from Mia Farrow’s trembling hands. The paranoia that something isn’t right, that everyone around Doris is different somehow and she’s trapped in a nightmare where she can’t escape. 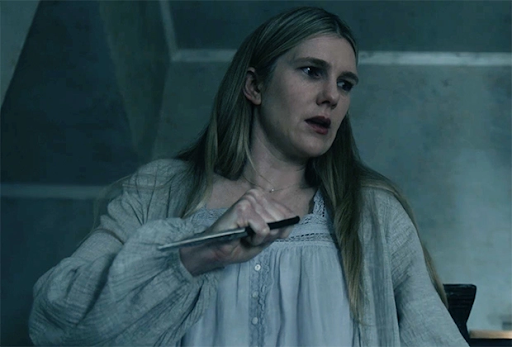 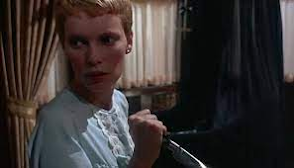 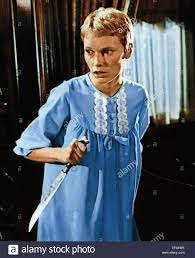 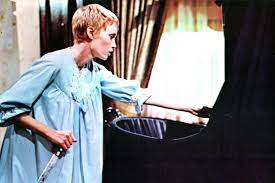 We suspected that Doris would eventually take the pill, but we never knew which way she would go. Throughout the series, Harry more or less says that Doris has no talent but he loves her and she’s the mother of his children, so he wants to keep her around. They even have Denis O'Hare mocking her designs just so that we truly understand how shitty she is.

Alma, the daughter, hates her mom and wants her dead and knows that she's a crappy designer so it was zero surprise that she bullied, actually seduced in a truly evil manner, mom to take the pill. We knew that Alma wanted mom to take The Muse so that Doris would turn into the untalented vampire and go away as Alma wanted daddy to herself. It was classic Greek tragedy and what makes a story compelling. A child hating a parent so much they would lie to destroy them.

Doris takes the pill, oh yes. And we wonder how she will turn. For a moment, it looks like she will have talent and join her family. But then, we see that no, Harry and everyone else was right, she has no talent.

And so, much to Alma’s delight, Doris is released into the wild with the other vampires, while the true vampire, the agent, continues to scheme about marketing The Muse. I’m not sure how long she’ll last among the vampires as the elite writers had discussed killing her but we’ll never know. Or will we?

At any rate, after Doris turns, she joins the other untalented vampires. We met the original untalented vampire last week and learned his sad genesis story and also why they all dress the way they do. Billy Lourd is the local Jill of All Trades; she sells vintage clothes, does tattoos and is the dentist who makes dentures for the talented ones. 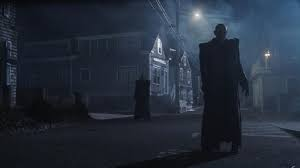 Last week we also had directly in our face the question we’ve all been dancing around for a few weeks. Is being a talented vampire superior to being an untalented vampire?

All the creatures kill and drink blood.

One does it to fuel their art, the other does it because they took the pill and realized they are hacks and so become “angry” and kill people…yet they too have the thirst for blood.

So, most people would say that both are evil.

The already narcissistic artists who took the pill are beyond insufferable and have no redeeming qualities left.

Harry spewed a bunch of really cruel stuff to his transformed wife, which he admitted he thought all along but never said. We're used to Finn's characters being assholes but this husband character seemed particularly cruel, likely because he was the most realistic or grounded of the AHS characters he's played.

Dandy Mott (my favourite character of his) was a psychopath from the word go, he was never redeemable. But Harry began as a normal, struggling writer with a little ego and much love for his wife, child, and unborn baby. As he transforms, we don't even think he loves his kid anymore, just keeps her around so she doesn't kill him, and he definitely hates his wife. And though he tries to protect the baby, there's no real reason for him to do so. He will likely feed the baby to Alma now that mom is gone. A baby would interfere with their genius work.

Harry wasn't too hard to convince to take the muse. His drive to succeed was huge, spurred on by having to support his family, so even though he was a little bit reluctant, he was pretty quick to take it. After all, he'd already committed murder.

Which is why it took Mickey and Karen so long to be seduced by The Muse. 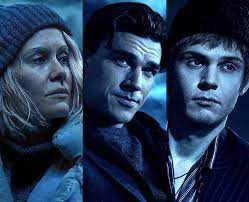 Last week we learned that Mickey was the first person to meet the pharmacist and refused The Muse but he brought in all the customers. He resisted for years, not wanting the side effects that came with ingesting The Muse until the agent came to town and then he took the gamble and won. He became rich and famous and came back for Karen.

Karen has never been seduced by The Muse yet she’s addicted to heroin or whatever and uses all the other drugs but she refuses to take The Muse because she doesn’t want to kill people. Even though she’ll bring babies now and again for the lead bitch.

Karen refuses Mickey’s offers of taking The Muse and going to Hollywood. He’s furious, he loves her.

Karen’s luck has run out and there is no one to protect her. Mickey appears with the pill and leaves.

Karen either has to take the pill or be eaten by vampire monster things; both sides hunger for her.

She takes the pill. 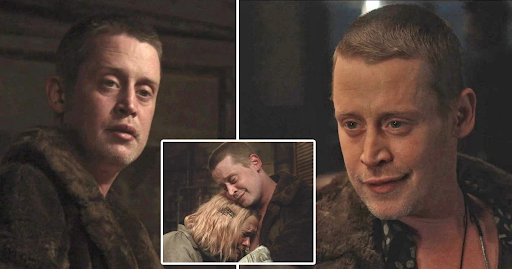 We see her hair is less greasy, her teeth are less coated and so on as effects take place. Mickey wants to take her to feed. They go to the beach. She feeds on Mickey, kills him. It was shocking and unexpected. I was very sad that Mickey died like that.

She paints furiously and then wanders out to sea where she slits her wrists, thus creating a Red Tide and is washed away.

We actually never know which way she turned; if she had talent or was a hack.

Next week will be the second part of the double feature. Maybe Karen gets washed up and discovered by aliens or the Black Lagoon dude or someone?

I’ve done my best to avoid seeing spoilers, so I hope to be surprised. 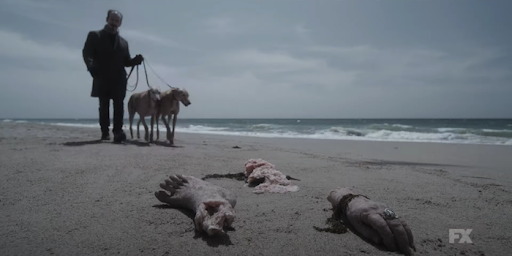