Red Tide, Impeachment, What We Do in the Shadows, Dr. Death and Nine Perfect Strangers Thoughts

No, I didn’t miss writing about American Horror Story Double Feature Red Tide this week because Finn Wittrock wasn’t in it.

I've been slammed with work like old times over the past couple of months. I love it but it leaves no time for blogging, Twitch, gaming, videos or anything else. Bring it on! I'm glad things are creaking back to normal.

No deep dive this week for Red Tide but here are a couple of other shows as well.

But still likely spoilers for some people. 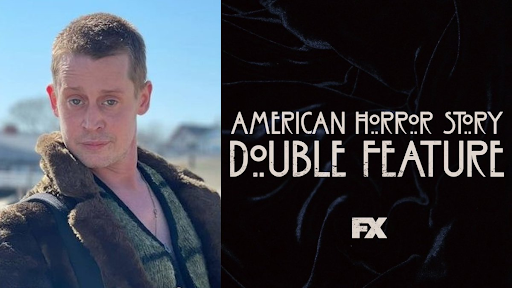 This week on Red Tide, we learned the backstory of the local residents. We learned when they learned of The Muse and what drove them to try it.

It was very good, and it was a few days ago so I don’t remember many details as I was still on the hamster wheel.

Evan Peters in drag though! Wowie!

I'm loving Macaulay Culkin in this. I hope he gets an Emmy.

Ryan Murphy never fails to cast or highlight an unexpected actor for us to fall in love with or root for no matter what their actual character does. For this story, Macaulay is the new hidden gem. That's not to take away from the others like Finn Wittrock and Evan Peters. Hopefully Macaulay becomes a regular in the Murphy multiverses like the other two. He may have been in 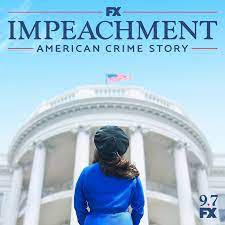 I caught the first episode of this on Tuesday. I’m glued, of course, since I lived through it, and it was such a huge scandal at the time. When I first saw the commercials for it, I looked at the actress playing Monica and went, “That’s the virgin nerd from What We Do in the Shadows!”  I googled it and I was correct, Alex!

I will say for both of these shows, Sarah Paulson is doing her damned best to not look or act like the Sarah we all know so well. Much like she did with the OJ ACS, she has transformed herself greatly. I read she put on thirty pounds to play Linda Tripp. She has captured Linda Tripp very well so far. OMG, I just checked IMBD and they say she’s playing Marcia Clark in this. NO, she played Marica Clark in OJ. In Impeachment, she’s Linda Tripp. UGH. Since in real life, I was glued to the TV for both scandals, I know my notorious bitches! Anyway, Sarah Paulson really captures her awkwardness and we have sympathy for her even though we probably shouldn't. Those of us who were adult women in those times know how hard that glass ceiling was and how little women were valued in all manners.

Since Monica Lewinsky herself is involved in this production, I don't doubt we'll get more nuances about how women were treated and discarded by even the most beloved. The entire scandal in real life speaks for itself, no need to dress it up.

Beanie Feldstein is filling pretty big shoes as Monica Lewinsky. She is way too young to have even been alive when this scandal broke. I’m loving the job she’s doing! You go, girl! 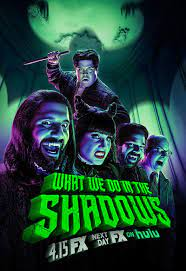 What We Do in the Shadows

So now we have a sweet week of ten o’clock shows. OCS on Tuesday, AHS on Wednesday and WWD  ITS on Thursdays!

Shadows was fun as always. Of course, I have a special place in my heart for it as I got to be in the Manhattan club scene in the first season and Mark Hamill was in the second season (and hopefully will reprise his role this season!)

And there can never be too much Colin Robinson or nudity or kinky sex or cages...

And now, tonight, ANOTHER new show to watch weekly! 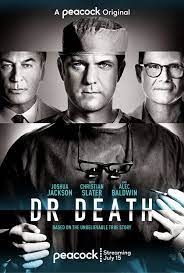 This show begins tonight at 9 pm in Canada although it already played in the States in the summer. If you miss the 9 pm, it's on again at 2:30 am this week. I managed to watch parts of the first five episodes a couple of weeks ago. It’s excellent.

It’s a dramatic retelling of the real-life evil Dr. Duntsch (Joshua Jackson) who brutally destroyed and even killed people with horrible surgeries. I saw some other shows about Dr. Duntsch, likely Dateline or 20/20 or American Greed; I watch all of them on a regular basis so they blur in my mind although they usually all eventually cover the same stories. I can't remember but when I first saw commercials on TV for Dr. Death, last June or whenever it was, I was waiting for this show with bated breath. I also was super pissed off that none of my streaming services could get it at the time! But life finds a way. And now it's on in Canada.

Dr. Death is a look at the narcissistic asshole doctor and his cases as well as the American healthcare system that took so long to stop him. Alec Baldwin and Christian Slater also star as concerned doctors trying to stop him. What I’ve managed to see shows the horror of incompetent surgeries (ooo the sounds of bone-cracking! Yikes!) but also has some comedic moments and not only from Christian Slater. There is fun and creativity with the titles and how they shoot the scenes. I’m going to check Showcase tonight and hopefully, they’ve uploaded all the episodes, but I have a feeling they are only going to dole them out one at a time.

Oh, while I’m on a roll, one more show that I’ve been watching but it didn’t start this week but it's not over yet! This is filling my obsession with cults. Loving this show. Nicole Kidman and Melissa McCarthy are really winning me over with their acting. The entire cast is stellar and I love this show as well. I hope they don’t fuck it up. So far, it’s very intriguing and mysterious and like Midsommer, uses mushrooms/hallucinogenics to facilitate the best cult experience possible!

So, horror people, lots there for you to watch so carve out one hour a day for your fix! Our time is NOW!