The Lizzie Borden Chronicles on Lifetime: The Beginning 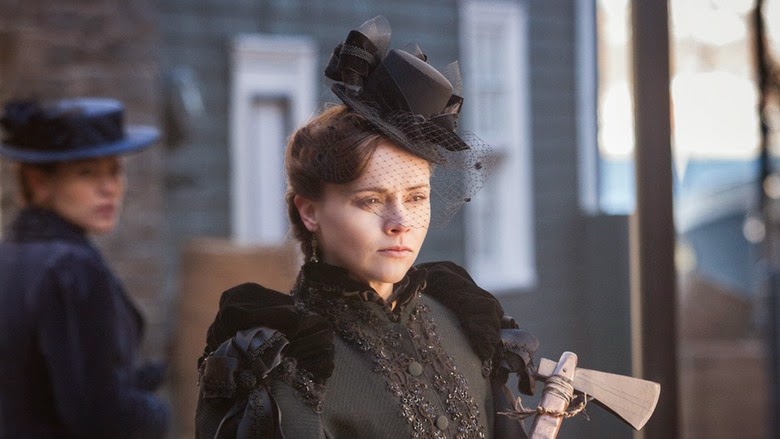 I've been watching this series with interest. After all, I wasn't too pleased with the TV movie, simply because I didn't buy Christina Ricci as Lizzie Borden. However, Ricci has fine-tuned her character and I've grown more tolerant now that this has become a series. I buy her psychopathic tenancies now.

The mini-series begins where the movie left off and where for most people, the story ends. The series follows Lizzie and Emma's lives after the trial is over in a fictional manner. Instead of the murders ending with Andrew and Abby, they continue on in the tiny town of Fall River. 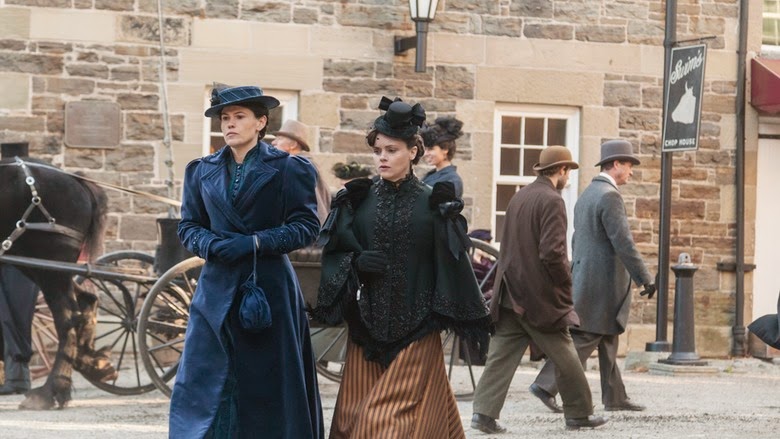 I've only seen two episodes at this point and am anxious to see more. It took me a while to warm up to Bates Motel and American Horror Story, so I'm pleased that I'm all ready warming up to The Lizzie Borden Chronicles.

I've never discounted Ricci being psychopathic, she has always done that well. It was her tiny frame that I didn't find believable in swinging that axe with enough  force to slay two people. However, the writers have addressed that idea a couple of times by recounting other cases of women who were small and were capable of vile acts.

It pleases me that they are exploring Lizzie's lesbianism in showing Ricci kissing women. In real life, Lizzie fancied an actress named Nance. She is here in the miniseries as well.

I recommend giving The Lizzie Borden Chronicles a look-see. Your guess is as good as mine as where this series will go and how long it will stay on the air.