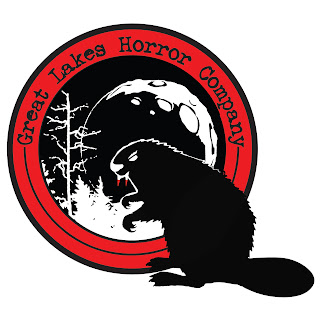 I've been insanely busy with writing my new series, Witch Upon a Star, as well launching a new horror podcast. Life is good when you're busy! At least it is for me. I've barely noticed it's minus twenty out there!

The Great Lakes Horror Company podcast is the brainchild of Andrew Robertson, a member of the Horror Writers Association Ontario Chapter. At our November meeting, he pitched the idea, and now a couple of months later, we've been on the air for two weeks. Good job, Andrew!

The cast will rotate with various members of the Ontario Chapter of the Horror Writers Association but the first taping of four shows included: Sèphera Girón, Andrew Robertson, Monica Kuebler, Suzanne Church, and Bill ZombieZak Snider.

The show includes a roundtable with a discussion about a timely topic such as Women in Horror since it's Women in Horror Month with several HWA ONT chapter members and features an interview with a different person working in the horror field each week.

Here it is on Apple iTunes

Here it is on HWA ON

Interviews that are already up include:

New episodes are posted on Mondays.

Let us know what you think!

In the meantime, it's back to work for me. I find acting out scenes with dolls and writing notes on cue cards really helps to keep twelve books and thirteen major characters straight. Of course, there are no Star Wars characters or even skeletons being boiled alive in these books, but toys trigger the imagination, as we all know. Kylo Ren's look is so fantastically witchy that he is a joy to have on my desk while writing an erotic witch romance series. I also find it amusing that I have a character named Adam (created years ago with most of the other characters up to the Taurus book) so I have the maskless Kylo hold his cue card. It doesn't take much to amuse me.

I've been sharing a few of my creative process pictures on social media although I'm sure some people think I've lost my mind if they don't understand what I'm doing. 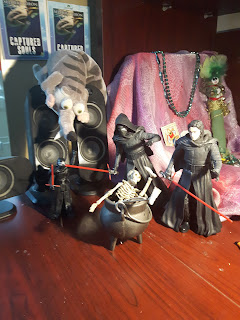 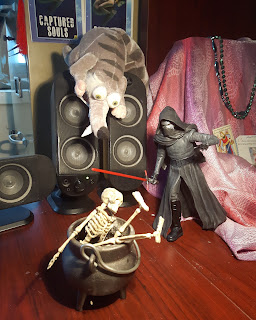 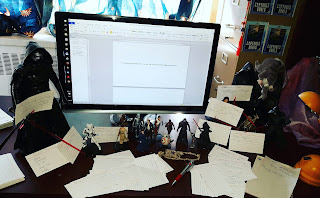 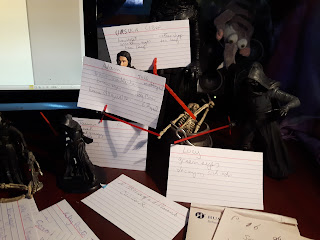 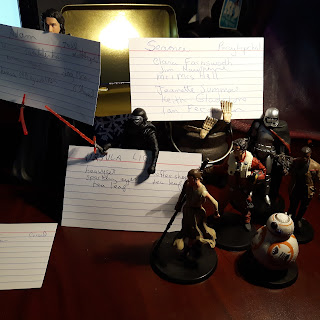 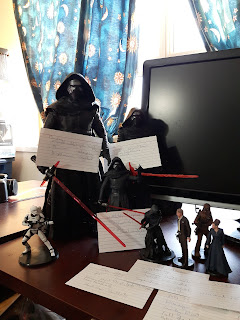 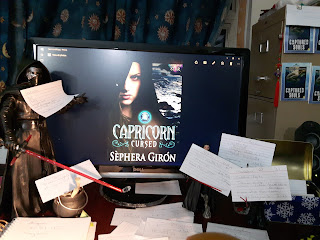